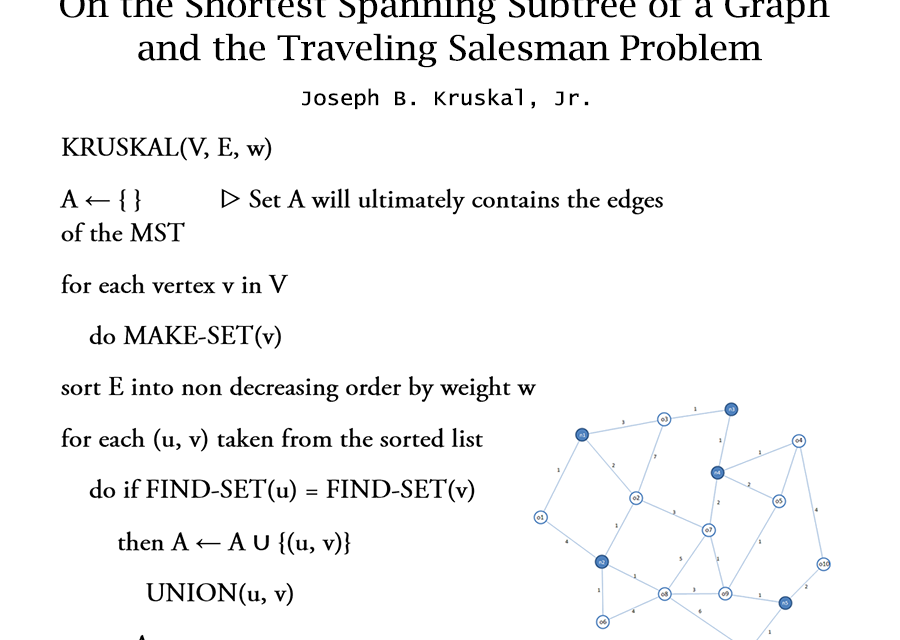 In this article we show you the implementation of Kruskal’s Algorithm in C Programming Language. This algorithm is directly based on the generic MST (Minimum Spanning Tree) algorithm. A minimum spanning tree is a subgraph of the graph (a tree) with the minimum sum of edge weights.

Kruskal’s algorithm is a greedy algorithm in graph theory that finds a minimum spanning tree for a connected weighted graph. It finds a subset of the edges that forms a tree that includes every vertex, where the total weight of all the edges in the tree is minimized.

Kruskal’s algorithm is most suitable for sparse graphs (low number of edges).  This algorithm is practically used in many fields such as Traveling Salesman Problem, Creating Mazes and Computer Networks etc.

Pseudo code of the Kruskal’s Algorithm

The time complexity Of Kruskal’s Algorithm is: O(e log v).

Here is the C program that implements this algorithm.

Examples and use of Functions 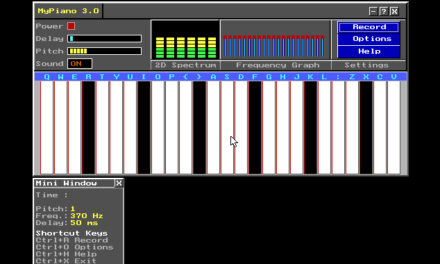