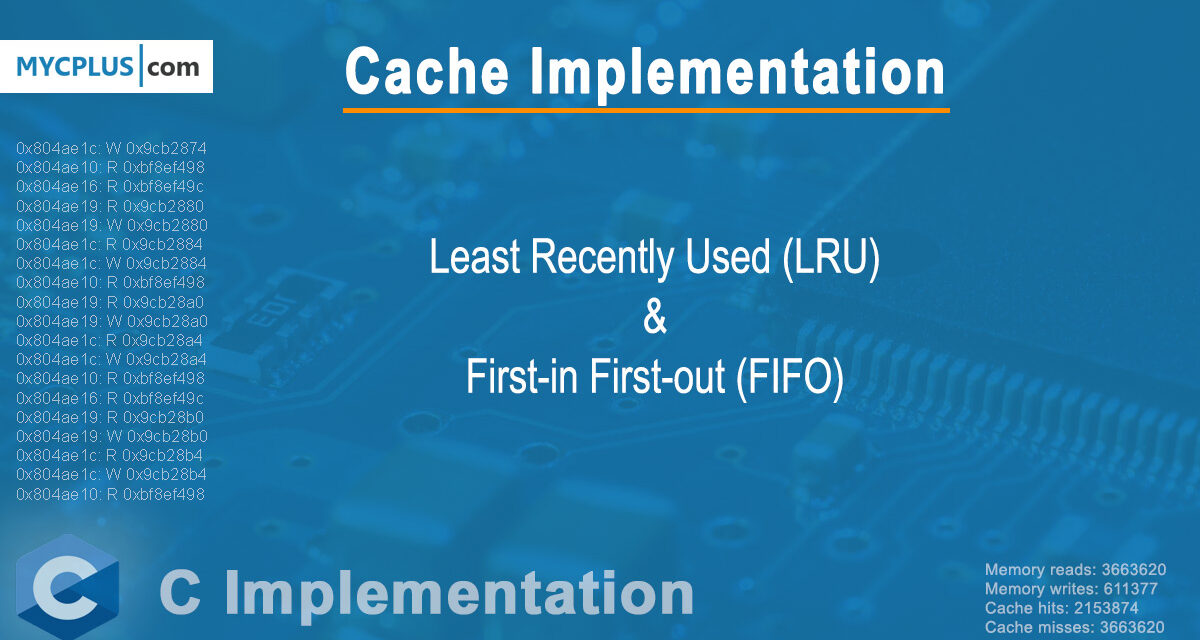 This is a Cache Simulator program to demonstrate cache mechanism which is written in C. The source code can run in many of the C Compilers with minor modifications (if required). It can run on real memory traces provided as input and shows output as number of memory reads, writes and cache hits, misses.

As mentioned earlier, the input to the cache simulator is memory traces, which can be generated by executing computer programs. You can use programs such as Valgrind to perform memory profiling and tracing. The trace contains memory addresses accessed during program execution. Cache simulator uses those addresses to determine if the access is a hit or a miss, and the actions to perform in each case. 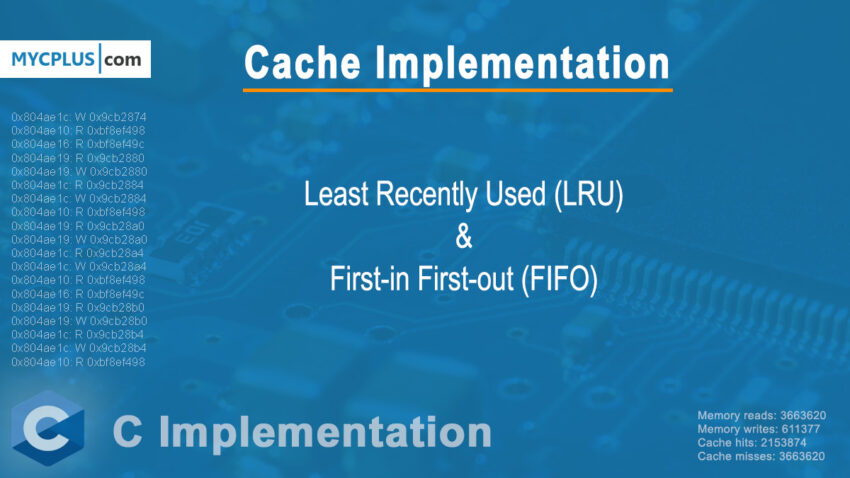 In this C Program, we only use the second and the third columns and not going to use Program Counter (PC) column.

Here is a sample trace file:

We only implement Level 1 cache and is write through.

Using LRU algorithm, we always evict the block accessed least recently in the set without any regard to how often or how many times it was accessed before. Let’s say that your cache is empty initially that Set has two lines. Now assume that you access blocks A, B, A, C. To make room for C, you would evict B since it was accessed less recently than A.

In First-in first-out (FIFO), you evict the block that was added to the set earliest. Suppose we have two lines and access A, B, A, C. To make room for C, you would evict A, since it was added earlier than B.

The program prints out the number of memory reads, memory writes, cache hits, and cache misses in the following format.

Playing with addresses of variables and their contents