Quicksort is an efficient sorting algorithm based on Divide and Conquer rule. Developed in 1959, this algorithm is still a commonly used algorithm for sorting. It works by selecting a ‘pivot’ element from the array and partitioning the other elements into two sub-arrays and recursively sorting them.

There are three steps to perform Quick Sort:

One is to pick an element, called a pivot, from the array to sort.

Finally, we apply the above two steps recursively to the sub-arrays i.e. elements to the left and right of the pivot. 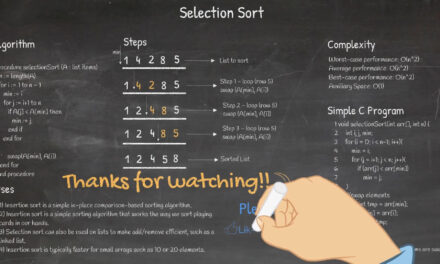