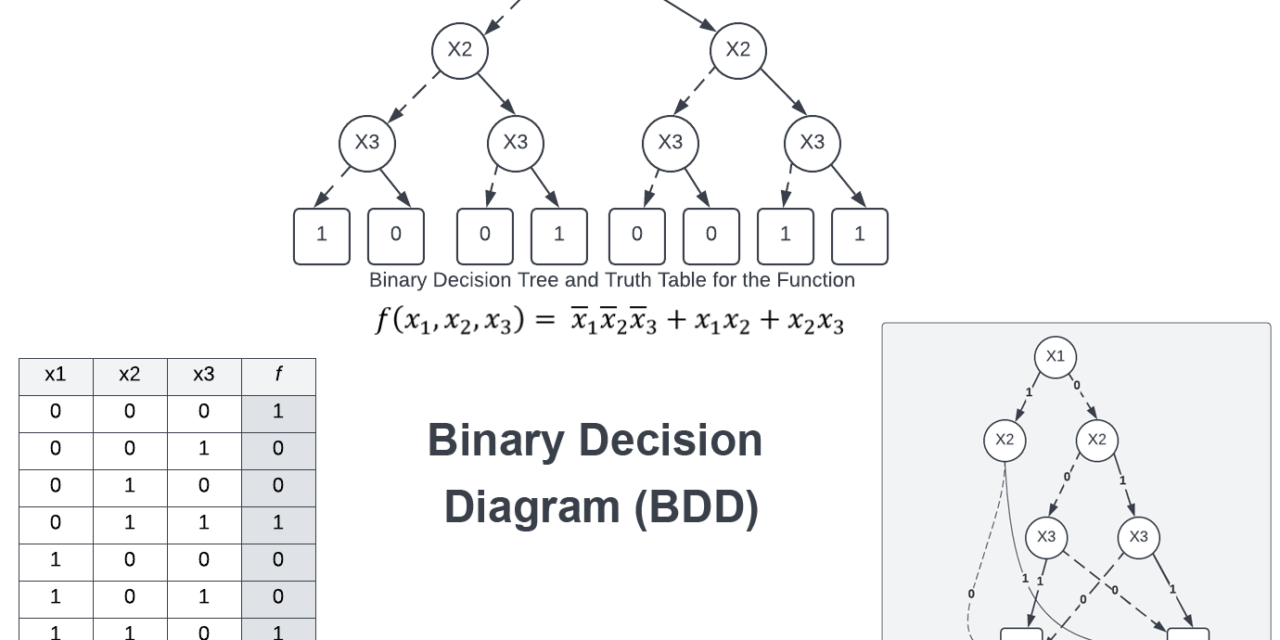 The term BDD mostly refers to Reduced Ordered Binary Decision Diagram (ROBDD in the literature, used when the ordering and reduction aspects need to be emphasized). The advantage of an ROBDD is that it is canonical (unique) for a particular function and variable order. This property makes it useful in functional equivalence checking and other operations like functional technology mapping.

The figure above shows a binary decision tree (the reduction rules are not applied), and a truth table, each representing the function f (x1, x2, x3). In the tree on the left, the value of the function can be determined for a given variable assignment by following a path down the graph to a terminal. In the figures below, dotted lines represent edges to a low child (0), while solid lines represent edges to a high child (1). Therefore, to find (x1=0, x2=1, x3=1), begin at x1, traverse down the dotted line to x2 (since x1 has an assignment to 0), then down two solid lines (since x2 and x3 each have an assignment to one). This leads to the terminal 1, which is the value of f (x1=0, x2=1, x3=1). 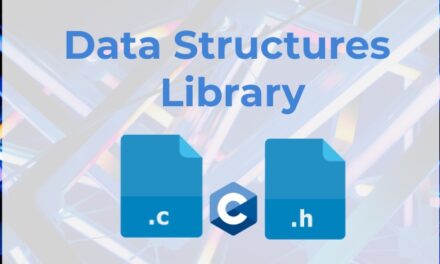 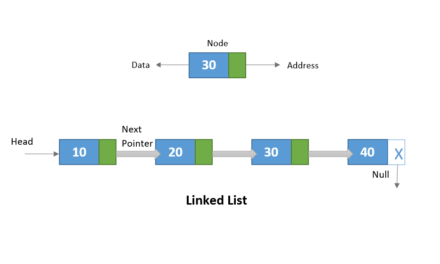