If you are into playing fps games or even want to develop an fps game, then Torque 3D Engine is perfect for you. It’s a cloud-based Game Development Engine developed by Garage Games.

The Original torque gaming engine provided many features including networking code, scripting, in-engine world editor, and GUI Creation; The sources can be compiled for many platforms, like Windows, Mac, Xbox, iOS, Wii, etc. The TGE was shipped with starter kits for a First-person shooter and an offroad game. This starter kit can be modified if the developer decides to add anything or wants to start from scrap.

Original Torque 2D was designed to develop 2D games. It was released in 2006, in 2 versions, standard, and pro versions (that also had source code). It was originally known as Torque Game Builder because its main goal was to develop games.

Torque 3D engine was released as open-source software under the MIT license on the 20th of September, 2012. It is being actively maintained by GarageGames. It supports many features such as DirectX, PhysX, Modern Shader Feature, and advanced lighting models. It also supports building for Windows, Mac, iOS, and Linux.

Torque 3D, or TGE, is an open-source gaming engine that was developed by Dynamix for the first-person shooter game Tribes 2 in 2001. It was known as Torque2d back then. In September 2012, the Garage Games released Torque 3D as an open-source gaming engine under the MIT license, and they have been maintaining it to this day. The Torque 3D is written in C/C++ and it’s code can be built and deployed using free Microsoft Visual Studio C++ (“VC++”) Express Edition 2008 or 2010..

The torque 3d has many features including a world editor suite that has different tools for creating terrains, painting forests, drawing rivers and roads. It also has tools to create different materials, particles, and decal editing.

Soon after the release of Torque Game Builder, the developers at Garage Games started working on developing a game engine based on Torque Game Builder that could create multiple objects having the same abilities using a component system. But they failed to develop it and faced several issues such as 3D Terrain suffering due to lack of working samples, shadows were not realistic at all. As a result, it was left unfinished and many of the 3D features were incomplete.

The Torque 3D engine has many features, some of them are:

some other good things about the Torque 3D Engine are

The Torque 3D engine is free and open-source. Unlike some of Gaming Engines in our Gaming Engines list, it is free to use, which means that all the source code is available to you and you can develop anything you want. There are some Engines on our list that cost around $100 per month, and we don’t want that.

And another great thing about Torque 3D is that it‘s cross-platform, which means that it supports many different platforms like Windows, Mac, iOS, Xbox, etc. Which means that when you develop a game, you can share it with your buddies, no matter which platform they are using. You can all enjoy the game that you develop without any restrictions.

Another good thing about the Torque 3D engine is that it is very lightweight. As a result, it performs pretty impressively on very old computers as well. Like if somehow you got a pc from 2010, the Torque 3D Engine will work fine, though I hope that you would have a powerful and newer pc unless you are living under a stone.

So if you are a gamer and like me, and you want to learn how these games work, and how to develop one. Then I’m going to tell you a simple trick you can do to know everything about how to develop games on Torque 3D engine.

If you visit Torque 3D’s official site, the site automatically guides you to a basic tutorial about how to develop with Torque 3D, a Video tutorial, and all the basic info that you will need to get started.

Many games are developed using the Torque 3D engine; Some of them are.

There are many good reviews related to GarageGame’s Torque 3D. Some of them are

You can read the rest of the review about Torque 3D on capterra.com. 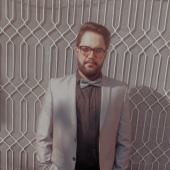 Subayyal Ayub is a Software Engineer who has done his graduation from the University of Haripur. He has been writing articles and blog posts for almost 10 different web sites. He has over two years of experience in content writing and graphic designing. He holds a certificate in graphic designing too.